Most of us have played computer games at some point in our lives. Some of us do so on a regular basis, such as each day! Others will play games in their spare time, perhaps in the evenings or just on the odd weekend here and there. 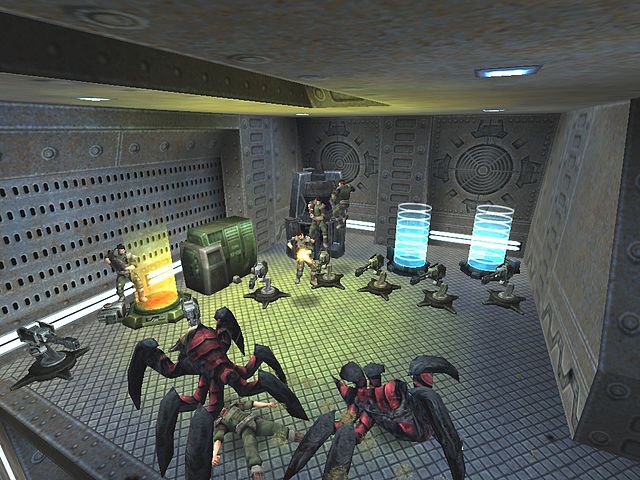 These days, we are lucky enough to have a plethora of gaming options at our disposal. For instance, we can play games on our computers. We also have consoles that we can plug directly into our TVs. And, let’s not forget the online games we can play in our Web browsers. Or the ones that get built into smartphone and tablet apps!

Some of you might be thinking that we’ve reached a peak when it comes to gaming technology. After all, what other ways can we play computer games in the future? Well, it turns out the future has a lot to offer us. And we can see an insight into tomorrow’s gaming technology today, believe it or not!

Okay, so this isn’t something new. Some of you may already know about gadgets like the Oculus Rift, for example. Still, that doesn’t mean virtual reality gaming is just a fad. It’s a form of gaming that will soon become commonplace.

In the future, we’ll all be able to immerse ourselves into the games we play. Forget about large flat-screen TVs! Instead, we’ll put on some virtual reality headsets and be part of our games. We can move around like the characters we play. And we can finally distance ourselves from reality when we’re in the virtual world.

Virtual reality will help spawn a new breed of computer games that we can all play. They won’t just get limited to those that love shoot ’em up games. Soon, you can play all kinds of weird and wonderful games using your trusty VR headset!

While virtual reality is a promising technology, it’s not available to the masses. There is still a way to go before we all have VR headsets in our living rooms and bedrooms!

One promising technology that you can take advantage of today is the use of secondary screens. How does that concept work? In a nutshell, you can use a screen built into your games console controller. It can open up a whole world of possibilities.

An example might be to display items in your inventory. Another could be to show you a live map of where you are in a game. You could even use secondary screens in multiplayer games with your friends!

The main advantage of secondary screens is that you don’t have to leave game-play to do something. That means there are no delays when you need to select a new weapon in a game. And you don’t have to keep flicking between your game screen and your map. Especially in games such as GTA 5!

Let’s say that you enjoy playing games on your PC. Your friend has a console, but both of you play the same game. Quite often, you’d both have to end up using the same platform to play the same game. Especially with most modern games using an online points scoring system.

In the future, cross-platform gaming will be more mainstream and accessible. People that play browser-based unblocked games online have enjoyed those benefits for years now. But, it won’t be long before games seen mainly on consoles will enjoy those same benefits!

Most people know that open-source usually means free. Sure, you can play some free games online. But, can you adapt and improve them to make new versions? Chances are, the answer will be no.

Part of the future of computer gaming will involve the open-source community. Imagine having a cheap games console and being able to play all kinds of cool games on it for free!

Have you ever wondered why console games (and many PC titles) are so expensive? Developers usually have to pay lots of money to use a games development kit. Plus, they have other overheads like staff and training for those people. As a result, all those costs have to get passed down to us, the consumers.

Open-source gaming negates the need for developers to use premium development kits. The “tools” they need to create new games are free. That makes the computer gaming world more accessible to all of us. Especially those among us that can’t afford to pay lots of money for the latest titles.

What else do you think will be in the future of computer gaming?

Upgrade your gaming with the Hori Onyx Wireless PS4 Controller

Last week at san francisco it conference, Sony introduced the Onyx wireless Controller from Hori, an formally licensed Bluetooth game controller designed for all the playstation...

Microsoft officially started testing a new Window 10 Game Mode feature to enhance the performance of gamers. Refrences of the new option were found back in December, but the...

Gaming is a hobby that requires a big time investment. Think of all those hundred-hour RPGs and those addicting online shooters. This in mind, why would you not make the most...

Brilliant Gifts For The Gamer In Your Life

If you have a gamer that’s close to you, but you’re not a gamer yourself, buying gifts for them can be a real trial. Gaming is a massive subject, especially in this day...

A year ago at CES, we discovered 3DRudder, a foot controller for VR made by a French organization. We were honestly awed by how develop the item appeared to be and still,...